God, I love promo posters.  There’s nothing better to get you excited about new seasons — and I don’t just mean in the television sense.

I saw plenty of promos for season 2 of Mad Men on my recent trip to New York.  I don’t know if there’s anything particularly symbolic about this imagery, but man I really need to start watching this show. 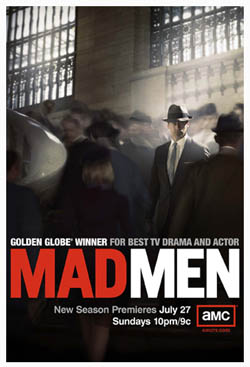 I know some were dissatisfied with season 2 of Heroes, but I actually didn’t mind it so much.  Veronica — er, I mean Kristen Bell — probably had something to do with it.  I’m excited to see where they take this season with Sylar returning, and it even looks like they’re going to resurrect the alternate future.  I’m a sucker for time travel and alternate realities. 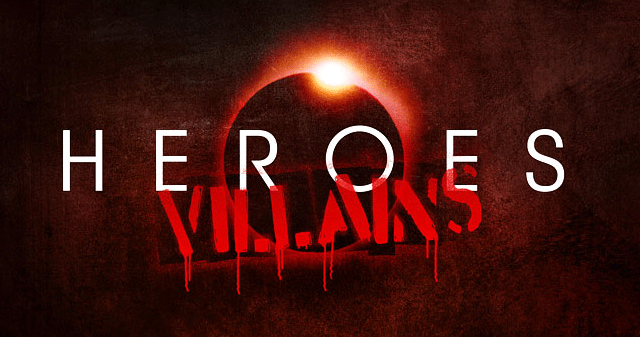 I haven’t even seen Season 4 yet, but the Entourage crew will never cease to look cool.  Don’t know about that tag line, though.  Can you believe they’re already on Season 5? 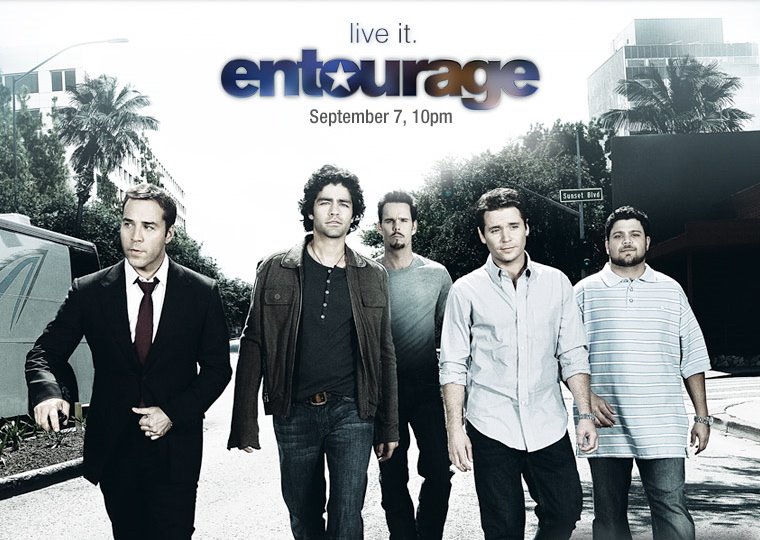 Lastly, I don’t actually know anything about the new 90210 but I’m curious to see what Rob Thomas does with it. 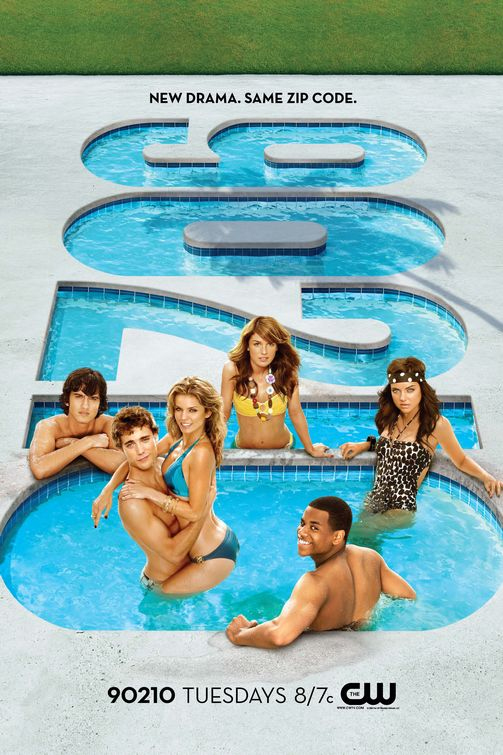 We’ll look at more posters as they surface.

30 Rock episodes are broken into one teaser and three acts.

Lost episodes are broken into one teaser and five acts.

Battlestar episodes are broken into one teaser and four acts.

Heroes episodes are broken into one teaser and five acts.

HBO has no commercial breaks.

There are twelve cylon models.

I was listening to an old “This American Life” the other night. The topic was the influence of television, and while I was listening to Ira Glass describe his unabashed love for The O.C. (which he shamefully calls “trashy”, shortly before admitting that he cried when it went off the air) it occurred to me that there really is no point in trying to hold yourself above it all. Even when a show is universally acknowledged by people to be complete trash, you often find those same people are the first ones breathlessly discussing plot points or recounting the crisis of the latest episode. (Reality TV is a prime example; I can’t believe the number of closet Project Runway fans.)

My question is this: do we need to openly acknowledge that something is trashy in order to give us license to enjoy it? Or shouldn’t we try to understand and love what it is that makes these “trashy” shows so compelling to watch? I realize that when you think like a critic (as I’m far too prone to do) you’re definitely not embracing that side of it enough.

Truth be told, I have less at stake here than you might imagine. I don’t actually have a TV show that I’d be embarrassed to say I’m a fan of. Then again, what can I say — I do have amazing taste.

I’ve gotta admit, I’m really curious how The Sopranos ended. And not having watched any of the series beyond its first three episodes, the dilemma is truly epic: should I just go ahead and find out what happened in the finale, or do I start from the beginning and pray that nobody spoils it before I reach the end? I’m pretty surprised it hasn’t happened yet, actually – I lay the odds at 50/50 that I’ll either hear or read about it within the next week.